Imagine being able to open your web-browser, navigate to a designated URL, sign-in and start working with your samples. No more wading through multiple spreadsheets or waiting for applications to load on your desktop. A web-based Laboratory Information Management System (LIMS) is accessible anytime and anywhere. It’s easier to deploy and maintain as everything is installed on central servers rather than on individual machines. But a word of caution – not all web-based LIMS are the same and some might not be quite what they seem. Also, when you throw in ‘cloud’, Saas and open-source software it can become a little overwhelming.

The role of a LIMS in your digital transformation strategy

A LIMS delivers many benefits to your lab – both qualitative and quantitative. These range anywhere from giving you evidence to support your compliance efforts through to reducing time taken to complete certain tasks by using automation or integration.

A modern LIMS adds to these through its leveraging of web and other technologies. These additional benefits could include improved security, increased connectivity and simpler deployment and access. All of which can be especially useful if you need to access the system across multiple sites or globally.

This introduction to new technologies enables you to think differently about how you work. Introducing you to changes that weren’t possible before. This is where a LIMS starts becoming part of your digital transformation strategy. Allowing you to leverage technology to change the way your lab operates, communicates and connects.

But all this assumes that the system uses the latest technologies, is 100% web based and HTML5 compliant. That it has zero-footprint on the clients which means that you don’t need to install any applets or plug-ins on each user’s machine. And that you can access the system through modern browsers such as Google Chrome.

When you’re reviewing a LIMS check that it’s not a client-server or legacy LIMS in disguise. These are systems that have been made more accessible through some custom forms and by siting the software on a hosted server. These are web-enabled LIMS rather than a truly web- or browser-based LIMS.

Also, not all web-based systems are true thin-client applications. Some are a mixture of both thin- and thick-client architecture which still require you to install components on your users’ machine.  Achiever Medical LIMS, for example, is a web-based, thin-client application. The system is accessed via a web-browser and you don’t need to install any software on your users’ machines to run it.

A web-based LIMS isn’t always cloud based, Software as a Service (SaaS) or open-source

When you’re reviewing systems you may automatically think that any software identified as cloud-based, SaaS or open source is purely web based or thin-client. This is not always the case. These terms refer to the deployment, delivery or license mechanism rather than the software itself.

At first glance ‘cloud’ and SaaS might appear to be the same. Both deliver software on demand through the Internet – that means the LIMS system is not installed or held on your servers.

SaaS is a component of the cloud. It is software running in the cloud. Whereas the ‘cloud’ is much bigger allowing you to run whole infrastructures as well as software applications.

Cloud based is a deployment option. There are four deployment models, which are private cloud, public cloud, community cloud and hybrid cloud. There are some LIMS that are only available as SaaS solutions which usually means in the public cloud. Also, there are other lab information systems that can be deployed on premise or in the cloud – this could include public as well as private cloud.

One of the major benefits of cloud-based systems is to reduce IT overheads and resources as you don’t have to buy and maintain expensive servers and hardware to run the software. You also only pay for what you need. If you’re hosting the software in the private cloud you still need to carry out the usual software maintenance tasks such as upgrading and backups.

Some considerations for public cloud solutions include understanding where your data is held and what security protocols are in place.

Software as a Service (SaaS)

SaaS is a delivery mechanism that allows you to access software applications via a web-browser. The software is usually web-based. This doesn’t mean that the software was developed in the cloud but simply that the vendor has made it available in the cloud.

SaaS sits in the cloud and is therefore a component of cloud computing.

SaaS LIMS is provided by the vendor and usually includes all the associated services such as backups and automatic upgrades. You usually pay for most SaaS systems through a subscription model. Some vendors may also offer additional services such as initial data migration.

SaaS can be a cost-effective solution and very often you can be up and running with the software immediately. Some considerations for SaaS include the level of configuration and flexibility available within the system, how it meets your security and compliance protocols and data ownership.

Also, although many open-source LIMS systems are web-based not all are.

You can gain many benefits using open-source software including lower costs, flexibility to change the system and transparency.

But you also need to consider the development plans for the software, it’s compatibility with your existing applications, the date of its last update and how you will get support.

A final thought about web-based LIMS

When looking at web-based LIMS try to identify if they are true thin-client, web applications or web-enabled.

It’s important to understand the software’s underlying technology as well as its deployment and delivery options to help you get maximum benefits from the system. If the LIMS is using older technology, it may impact its ability to support new approaches such as using RESTful APIs to connect systems. It might also mean it’s unable to take advantage of the latest security updates or offer cloud-based solutions.

The deployment and delivery mechanisms such as cloud, SaaS and open source, can impact what the software offers as well as what you can do with the system.

Ultimately, a LIMS is an essential part of your lab. It underpins your processes and supports you in your day to day activities. It has to fit into your infrastructure and meet your needs. Different LIMS solutions will deliver varying benefits based on technology, deployment and licensing options. It’s about choosing the right one for you.

Avoid going out on a limb* by clearly identifying your acceptance criteria when choosing a LIMS (* p...
5 key success factors for laboratory compliance
Using Biobanking software for compliance peace of mind 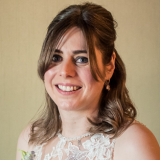 Sharon Williams has over 20 years’ experience of helping businesses successfully implement Sample Management Software and CRM systems. Appreciating that the software will deliver significant business change and improvements, Sharon guides businesses to help optimise these benefits. This includes advice on how to obtain user buy-in, evaluating and redefining existing business processes and how to gain a better understanding of their data to provide invaluable insight and inform business decisions.

COPYRIGHT ©2020 INTERACTIVE SOFTWARE LIMITED, SOLUTION PROVIDER OF HTA COMPLIANT LIMS, BIOBANKING AND SAMPLE MANAGEMENT SOFTWARE, AND CRM FOR UNIVERSITIES AND TRAINING. ALL RIGHTS RESERVED.
This site uses Cookies to improve your experience. By continuing to use this site, or by clicking "I Agree", you agree to the use of cookies. Find out more.